A downloadable visual novel for Windows, macOS, and Linux

Rory, on a particularly stormy night, stumbles upon a surprisingly charming abandoned home. After showing this discovery to their younger sibling, Desdemona, the two pass their time fixing up the place, and adding their own charm. Years pass, people change, friends come and go, but their secret base still quietly remains.

Watercress is an international game developer and publisher consisting of approximately 50 members, with nearly 20 members participating on this project.  Vignette is our seventh NaNoRenO release, and our 11th published game.

Surprisingly delightful! I love the aesthetic of it~

It end's bittersweet noooo Desssssss. But yeah I guess that's the point of this game isn't it? To tell the story of how live goes. Fragmentation of sweet and sour memories.... And that no matter what, we must keep going on living....

Unless I missed something, there were no choices in Vignette, so it's really a kinetic novel. I'm mentioning this first because it probably impacted my opinion: I don't generally read kinetic novels, and while I might feel differently had I known it lacked choices and read it anyway, the lack of indication gave me different expectations. If I missed any "hidden" choices or something that would change its KN status, let me know.

The music was fitting, the audio quality was good, the art has a homey, comforting style and a soothing muted palette and I appreciated the subtitled sound effects. The central story was pretty heartwarming, as sibling relationships are comparatively underrepresented in fiction and the relationship between Rory and Dessi was endearing but realistic. I felt the lack of choice most keenly when Audrey was involved: I wouldn't have invited her to the secret base without asking Dessi first, for example. I'm not sure if it was intentional, but Rory came across as self-effacing - not standing up for themselves during the argument with Audrey, for example, blaming themselves for the break-up - and I had the impression that becoming 'obsessed' with protests was their way of hanging onto or distracting themselves from the break-up, so I was surprised that it wasn't really addressed. Maybe I misread that?

There were a lot of small touches that I liked, like the height-measuring marks on the wall, the whole idea of a "secret base" is charmingly retro, and I appreciated the somewhat ambiguous time-period and location, which made it feel timeless and applicable. As I said, kinetic novels aren't really my thing, but I enjoyed my time with it nonetheless.

You're absolutely right, Vignette is a Kinetic Visual Novel. It serves as a prequel story to one of our current projects - Avitus (working title). Keeping it kinetic allowed us to have a definite backstory for Rory without too much narrative debt leading into the main project.

I'm glad that you enjoyed it despite it being kinetic! We appreciate the feedback, it all helps us make our next games better.

Amazing game! Here is my video on it! Please consider incorporating it into your post I have already linked your game in return! Thank you!

Sorry for the late response!

I'll make sure we watch this video! I appreciate the work people like you put into playing our games, you have no idea.

Sorry for the late response!

It'll take a long time, but our current flagship game, and long-term project, is in the same universe as this game. Technically, Vignette is a prequel.

Will I get copyright Struck on Youtube if I use the music of this visual novel?

You're good to go on youtube and Twitch as long as you credit us! Definitely link your video to us when it's done, we love watching that type of content.

I will make a video on this game!! UwU Can I?

Great game, played start to finish in one sitting. Reminded me of the days spent with my own siblings ;; 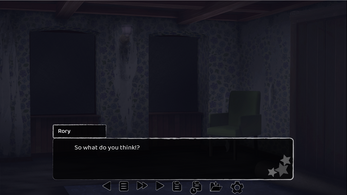 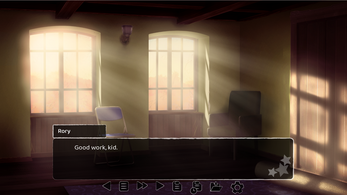 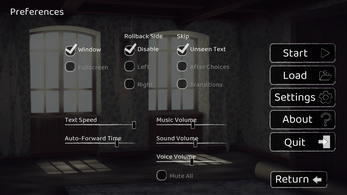