A downloadable visual novel for Windows, macOS, and Linux

Yumi is a normal university student looking to earn her degree in the arts. Having emigrated from Japan, she's looking to having a normal, peaceful, quiet university life. However, everything changes when she finds a demon of lust in her dorm bed!

Presented by Watercress Studios and produced by a team of 20+ contributors for the Maximum Monster Month Game Jam (#MonMax),  Ah!! My Roommate is a Succubus Hellbent on World Conquest!! is a sequel to our Community Choice Awarded game, My Girlfriend is a Demon Summoned from the Depths of Hell.

This release serves as a demo for things to come!

-A 4-hour choice based visual novel with over 40,000 words of dialogue and narration

- Four endings with multiple unique scenes dependent on the choices you make!

-Fully voice-acted by talented actors! Over 2,000 lines of voiced dialogue

-A wide cast of characters, including demons and would-be demons, each with a wide range of expressions

-Free to download, read, and enjoy! An outstandingly hellish deal that not even Satan could top!

I decided to march through this game with Kamika's route, and I couldn't even help her take over the world, which would have been so much more fun then being a goody goody two-shoes, stopping her being evil, have that stupid drama and later getting along like friends.

And the ending, if there ever was one. It just cuts off so abruptly when Yumi and Kamika were having a moment watching the stars. It's like all my choices that led me to this point didn't even matter at all! No real ending, no more exploring of friendship or something more, no credits or epilogue. It ends just as abruptly as when satan nukes us happily.

If all other watercress games are like this then they are not worth playing at all.

Waits, the High School is nameds Akumahou (Evil Magic), ands the university is nameds Salem. Rei is... sensings a pattern.

There is a true progression since the brother's episode I think, and voice acting especially improved since then. There were part of dialogs I really wanted to cut out to listen later.

The child eating pennies is one of them... ~

It's been years since I've played this game, but I'm not at all surprised there's a bit about a child eating pennies. The game is super fun, thanks for playing it!

I don't remember and that fact is very scary to me !

I loved the original and love this oen comedic gold

will we get melancholy and vainglory as old sins?

THIS IS AWESOME! The characters are so funny and charming in their own weird ways, the art is absolutely lovely (Kamika makes great presentations!), and the dialogue is so amazing  aiusndudfnui I love everything about this <3 The voice acting is on point, the voice actors make some lines funnier, more dramatic and put a lot of feeling into it. I played through the "get the annoying demon out of my room" route first, and when I played through Kamika's route next... my heart just broke. D':

Overall, this is a positively lovely game <3

Interesting idea for the story

Great lookin g sprites with animated face expresions and well done CGs. All the girls are cute <3 and the voice acting is very good.

I don't know the 1st game in the series so I may don't understand a few references but I still think that the story is great... and funny. (I played "Our Home" and it was amazing.)

Characters are great. I love them all. They all have unique personaloties, styles and backstories. All the girls are super-cute. My favourites are Kamika and Yumi.

And I like when the game has a least few choices and few endings :) . So I made a few choices a got a few endings... but my favourite is the one which allows us to undersand her motives(scenes after Kamika's party).
I'd never say her backstory is so sad (I wanted to hug her) and now I know why she behaved the way she did.

Hello Watercress not sure if you remember me as, it's been a really long time since we talked.  I let's played your game our home a long time ago and, tried to support your game ahh my girlfriend is a demon. I also let's played  a story from cautionary tale on my second channel. I have now let's played some of your current title on said second channel Late Night Gaming. I will always try to support your games and, I hope this  title does well for maximum monster month 2. If you ever make a horror visual novel that has big creepy elements I would love to let's play it on my main channel.  Wish you all the best as always!

make one for android 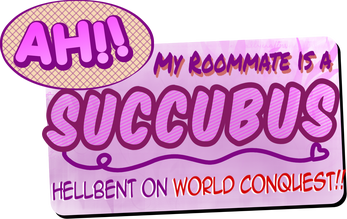 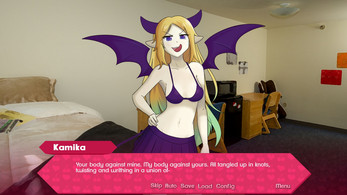 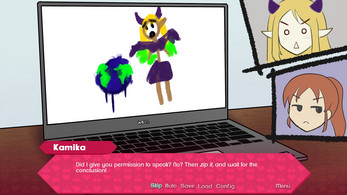 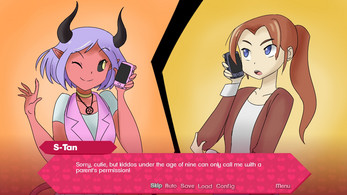 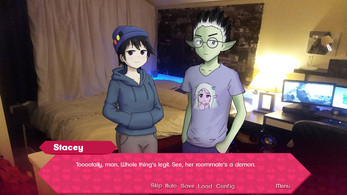 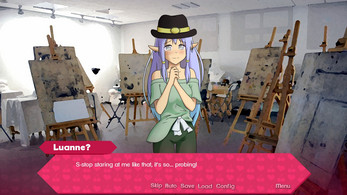 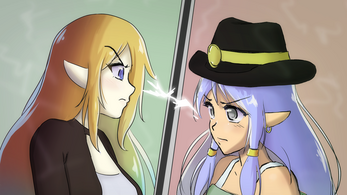 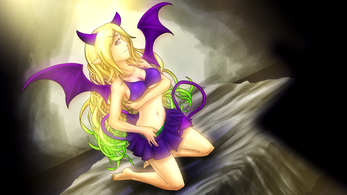 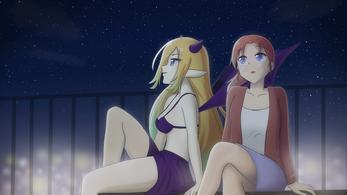